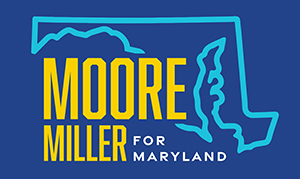 BALTIMORE (Feb. 1, 2022) – In a letter to the Baltimore Sun, former Baltimore County Executives Don Mohler and Jim Smith endorsed Wes Moore in the race for Maryland Governor, joining an expanding coalition of leadership from across the state.

As former County Executives of Baltimore county, both Mohler and Smith served as Chief Executive of the third largest county in Maryland. Their experience in public service and insight into the demands of executive leadership led them to conclude that Wes Moore is uniquely qualified to lead the state as Governor and address the challenges facing Marylanders today.

In their endorsement of Moore, both former County Executives said that Moore has the experience to deliver on his pledge to expand economic opportunities for Marylanders.

“Wes will work tirelessly to ensure that every child in Maryland has access to opportunities and every family has the chance to improve their work, wages and wealth,” former County Executives Mohler and Smith wrote in their letter published Jan. 29. “Wes knows that our communities must be safe and secure, and the state must play a significant role in making this happen.”

Mohler and Smith also expressed confidence that Wes Moore will work across political divides to deliver meaningful solutions for all Marylanders.

They add: “We worked hard for communities that supported us and just as hard for those that did not. That is how government should work. And that is exactly the type of governor Wes Moore will be.”